Liability For Motorcycle Accidents: Who Is At Fault? 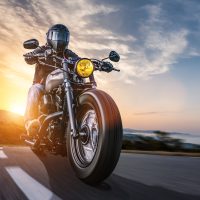 After a devastating motorcycle collision in Columbus, it is important to work with a Columbus motorcycle accident lawyer to determine who may be at fault so that you can file a claim for compensation. Fault depends on various factors and will be based on the specific circumstances of the crash in which you were injured.

Negligent Motorists Who Cause Collisions with Motorcyclists

Motorcycle accidents involving other vehicles are frequently caused by negligent motorists, such as car or truck drivers who are distracted or intoxicated, or behaving aggressively on the road. There are various ways in which negligent motorists can cause collisions with motorcyclists, and it may be possible for an injured motorcyclist to file a lawsuit against the liable driver.

Motorcycle Designers, Manufacturers, or Retailers When Defects Cause Accidents

Defects in motorcycles and other vehicles can result in motorcycle accidents in some cases. When these circumstances arise, an injured motorcyclist should work with a lawyer to determine whether a designer, manufacturer, or retailer of the defective vehicle part may be liable.

Some motorcycle accidents result from hazards on premises. For example, a road might have several large potholes that the government might have failed to repair on a highway, or a local road in Columbus might contain debris after a storm that the city failed to clear. Most motorcycle accidents caused by premises hazards occur on public property, which means a claim would need to be filed against a government entity. It may be possible to file a claim if either the state or the city of Columbus was responsible, but you should seek advice from a lawyer to ensure that you meet the specific requirements for filing a claim against a government entity.

It is important to know that there is a ten-year statute of repose for some types of premises liability lawsuits in Ohio, which means that a motorcyclist who is injured because of certain defective road improvements may not be eligible to file a claim against the at-fault party if more than ten years have passed from the date the improvements were made. A motorcycle accident lawyer in Ohio can provide you with more information.

If you were injured in a motorcycle accident, you should work with a Columbus motorcycle accident attorney to determine which party or parties may be liable for your injuries. One of the injury lawyers at the law firm of Brian G. Miller CO., L.P.A. can assist you.

By Brian G. Miller | Posted on July 6, 2022
« What Are Types Of Minimum Wage Violations?
Common Mistakes Misclassifying Independent Contractors And Employees »
Skip footer and go back to main navigation