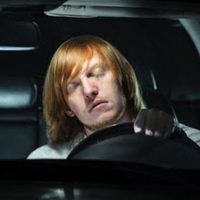 Motor vehicle collisions in Columbus can happen for a wide range of reasons, including many different kinds of driver error. One frequent cause of auto collisions that can be difficult to measure and track is drowsy driving. When a motorist is too tired or fatigued to drive safely, other motorists on the road can be at risk of serious injury. Given that drowsiness cannot be measured in the same manner as intoxication, it can be difficult to know with certainty whether the driver’s level of fatigue constituted negligence. However, there are ways to prove that a drowsy driver caused a collision.

Our Columbus car accident attorneys can provide you with more information about drowsy driving and ways you may be able to prove that the drowsy driver is responsible for damages.

Learning More About the Dangers of Drowsy Driving

Just how dangerous is drowsy driving? According to the National Safety Council (NSC), drowsy driving results in hundreds of deaths every year, and it is possible that more than 6,000 people die annually in collisions attributed to drowsy driving. When a person is sleep-deprived, they can be just as impaired behind the wheel as a drunk driver. The National Highway Traffic Safety Administration (NHTSA) explains how some medications can increase a person’s likelihood of dangerous drowsy driving, as can fatigue caused by having a new baby at home or even driving long hours on a weekly work commute.

How is drowsy driving similar to drunk driving? The NSC cites the following information:

Drowsy driving can be difficult to prevent when a motorist is already behind the wheel because, as the NSC clarifies, “a driver might not even know when he or she is fatigued because signs of fatigue are hard to identify.”

How to Prove Fault After a Drowsy Driving Accident

Since a drowsy driver will not produce evidence of fatigue through a breathalyzer test or a similar tool (as with drunk driving), it can be more difficult to prove that a fatigued driver’s drowsiness caused the crash than to prove that a drunk driver was responsible for a collision. However, there are certainly ways that you can prove fault. You may be able to obtain the driver’s medical records to show that they were using a prescription that would have caused fatigued driving, or obtain their gas and credit card receipts to prove that they had been on the road for an extended period of time. Witnesses may also be able to attest to drowsy driving.

In some instances, a drowsy driver also might have been issued a ticket or citation after a drowsy driving collision if that driver was in a commercial vehicle at the time of the collision. Under Ohio law, it is unlawful to drive a commercial motor vehicle or commercial car “while the person’s ability or alertness is so impaired by fatigue, illness, or other causes that it is unsafe for the person to drive such vehicle.”

If you need assistance filing a drowsy driving accident claim, one of the Columbus car accident attorneys at the law firm of Brian G. Miller CO., L.P.A. can assist you.

By Brian G. Miller | Posted on August 31, 2022
« Common Mistakes Misclassifying Independent Contractors And Employees
How Does A Wrongful Death Claim Differ From A Personal Injury Claim? »