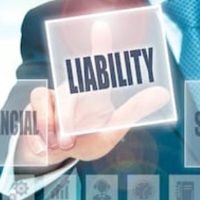 Liability in Columbus rear-end motor vehicle collisions can sometimes be difficult to determine. While rear-end crashes often appear to be caused by the driver behind who collides with a car in front, other causes of rear-end crashes can exist. In some circumstances, more than one party ultimately may be liable for damages in a rear-end collision, including situations where the lead motorist’s own negligence played a role in causing the accident. It is important to work with an experienced Columbus car accident attorney who can evaluate the facts of your case to determine who may be liable for damages.

Some of the following considerations can help to clarify liability in an Ohio rear-end crash.

In addition, a rear driver may be distracted and might not brake in time to stop, even if that rear motorist has left a sufficient following distance. For example, a rear motorist might be looking at a smartphone while approaching a red light and may not stop in time.

Lead Driver May Bear Some Responsibility in Certain Cases

Depending upon the circumstances, the rear driver might raise the issue of comparative or contributory fault, alleging that the lead driver was also partially at fault for the crash. Under Ohio’s contributory fault law, a plaintiff who files a car accident lawsuit can still recover as long as she or he is not 51 percent or more at fault. However, the plaintiff’s damages award will be diminished by his or her percentage of fault.

When can a lead driver be responsible? For example, a lead motorist might fail to replace broken brake lights, or might back up without warning. In a multi-car crash or pileup, multiple drivers might have left insufficient following distance, and there may be more than one “lead” driver who bears some responsibility for the collision.