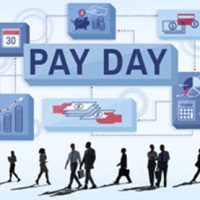 The Fair Labor Standards Act (FLSA) requires non-exempt workers to be paid a minimum wage, and to be compensated for overtime hours worked at the pay rate of one and one-half times the regular pay rate for every hour worked beyond the forty hour workweek. Oftentimes, workers who are paid a day rate suffer wage violations when they are not paid overtime or their day rate results in less than minimum wage. Our Columbus wage and hour lawyers can provide you with more information about day rates and how these can violate the FLSA, enabling workers to seek a remedy.

What is a Day Rate?

There are a number of jobs in which an employer pays a worker by the day as opposed to by the hour (or by a yearly salary). Day rates are often paid when tracking the total number of hours worked could be difficult or tedious, and the employer pays the worker per day as opposed to by the hour. Industries such as oil and gas, coal mining, fracking, and construction work commonly pay workers a day rate.  Day rates can be lawful under the FLSA since the FLSA does not require non-salaried or otherwise exempt employees to be paid by the hour as opposed to by the day. However, it is critical to understand that workers who are paid day rates still must be paid a minimum hourly wage, and they must be fairly compensated for overtime work at the rate of one and one-half times the hourly wage.

To be clear, workers who are paid on a day-rate basis must still be paid an hourly wage and must be compensated for overtime. In order to determine whether an FLSA day rate pay violation has occurred, the employee’s hourly wage and overtime rate must be calculated based on the day rate paid.

To determine whether an FLSA violation has occurred, the day rate worker’s regular rate of pay, or hourly wage, must be calculated. In order to make this calculation, the day rate should be multiplied by the total number of days the employee worked during the week. Then, that number should be divided by the total number of hours the employee worked during that same week. Based on the calculations, the employee must be paid at least the minimum wage and must be paid for overtime according to the FLSA. Our Columbus FLSA violation lawyers have a couple of examples to clarify.

For example, if a worker is paid a day rate of $100 per day and works 5 days of the week, you would multiply $100 x 5 for a total of $500 per week. Then, if the employee worked a total of 10 hours per day, or a total of 50 hours for the week, you would divide $500 by 50 for a $10.00 regular rate. The employee would have been paid $10.00 for each of the 50 hours worked. Since the FLSA requires employees to be paid at one and one-half the regular rate for overtime hours worked beyond the 40-hour workweek, that employee may be entitled to receive $15.00 per hour for each of the 10 hours worked beyond the 40-hour workweek and may have an FLSA violation claim.

If you were not paid the minimum wage or overtime as a day rate worker, or if you are paid a day rate and wonder if there are wage violations, you should seek advice from a Columbus wage and hour attorney at our firm as soon as possible. Contact Brian G. Miller CO, L.P.A. to find out more about filing a claim.

By Brian G. Miller | Posted on February 24, 2022
« What Is The Timeline For A Columbus Car Accident Claim?
Common Causes Of Car Accidents In Columbus »